My recent post to help wine drinkers with #DryJanuary doesn't seem enough, as we also have the trend of #Veganuary this year.

As news is released that Co-op is to increase its number of vegan wine SKUs by 30% this year, I thought I'd share some goodies for you to try. Below are a few wines I recommend, but first... WHAT THE HELL IS VEGAN WINE?!

Ha ha, I often get asked this, from customers querying that surely grapes are vegan? Well yes, but there are many processes that go into making wine, and the one where animal products is used is fining. Many wines are filtered (to remove large particles) and fined (to remove small particles). The easiest way I find of describing fining is using the cooking example of making consomme. When chefs make consomme they make a broth, but then want to remove all the fine particles that make the soup cloudy to leave a clear liquid. To achieve this chefs add egg whites to the mixture, stir it up, and then leave it. The small particles cling on to the proteins in the egg white, which then rises to the surface of the liquid. This makes it easy for the chef to remove all the unwanted contents, leaving a clear liquid. It's the same concept with wine, and traditionally winemakers use casein (a milk protein), albumin (egg whites), gelatin (animal protein), or isinglass (fish baldder protein). Therefore, animal products have been in contact with the wine, so it cannot be classed as vegan. To make vegan wine, winemakers use alternative fining products, such as bentonite clay.

Vegan is the biggest growing health trend, with now over 500,000 vegans in the UK, which is more than 3.5 times the number 10 years ago!

So are vegan wines any good? In theory, they shouldn't be any different to other quality wines, and actually if the idea follows organic and biodynamic wines, any winemaker who puts effort into these practices will be making boutique, rather than mass-produced, wines, and will care more about the wine he or she is making. It might increase the price, but that doesn't mean you can't find affordable vegan wines - see my selection below. Some of these you might have tried before without knowing they are vegan. In fact, most of these Waitrose vegan wines have been featured in flights at our pop up wine bars! We will always have at least one vegan wine available by the glass at our pop ups, and we clearly label our wines on the menu if they are vegetarian, vegan, oragnic or biodynamic.

I am only sharing Majestic (36 vegan wines to choose from) and Waitrose (278 vegan wines) vegan wines in this blog as an example, because they have made it easy for you by adding 'vegan' to their search filters online. Many other retailers stock vegan wines, and with this growing trend, staff will increasingly be able to help you find them in store. 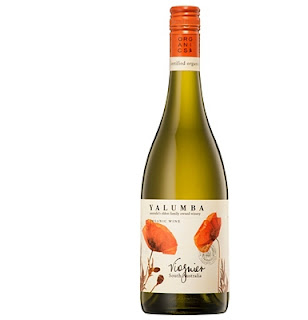 Come and try this delicious vegan Viognier at our celebration of Australia Day at our pop up wine bars in Marlow (Friday 26th January 2018) and Wooburn Green (Saturday 27th January 2018). Email soma@princessandthepinot.com to book.

If you would like to find out mroe about Princess and the Pinot pop up wine bars in Marlow, Wooburn Green and Twyford (and across Bucks and Berks), then please CLICK HERE
Posted by Soma at 8:56 AM